So, you know party season is around the way, right? And, you know how since you hit your thirties, you’ve been  all mature-like and drinking that one glass of water with each glass of vino to stop getting so drunk but most importantly, so as not to mash up your next day with a fat hangover? Well, sorry to burst your maturity bubble but, according to a new study, while it might stop you drinking so much alcohol, unfortunately, it does nothing to stop the hangover.  So, you’ve been drinking all that water for nothing. LOL

“Most people, myself included, grew up thinking that you needed to drink as much water in between alcoholic drinks to reduce the hangover,”  told News.com.

“And there’s is a good reason for doing that, to reduce your consumption. But it doesn’t seem to reduce the hangover effect.”

The truth is, as scientists still don’t know fully understand why we get hangovers, it’s pretty difficult for them to try and stop them. However, one study has shown that the severity of the hangover may be related to inflammation induced by impurities in the alcohol beverage and byproducts of alcohol metabolism. The study took an extract of the Opuntia ficus indica (OFI) plant and gave it to 64 healthy, young adult volunteers, along with a placebo, 5 hours before alcohol consumption.

During 4 hours, subjects consumed up to 1.75 g of alcohol per kilogram of body weight. Their hangover severity was measured in nine separate symptoms and on a scale of 0-6. Blood and urine samples were taken the morning after the night before, so to speak. Two weeks later, they undertook the same study again, this time in reverse, so those that were given the placebo last time were given the OFI extract this time. The study found that the extract moderately helped to quell the symptoms of the hangover which are down to the activation of inflammation in response to an irritant (the alcohol). It apparently inhibited the production of those inflammatory mediators. 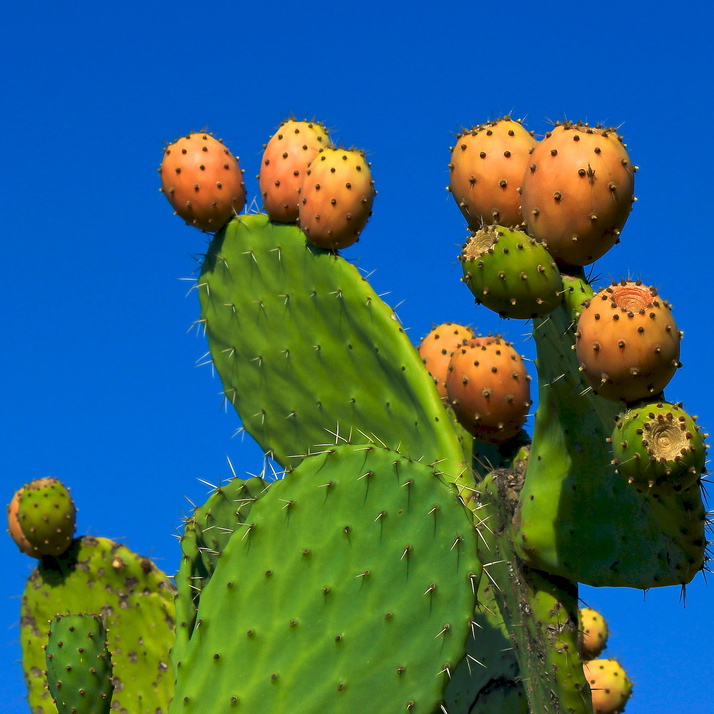 Fico D’India or the Prickly Pear… bow to your potential hangover saviour in all its prickly glory!

So, where can we get some OFI? In any health store! Otherwise known as the Sicilian Fico d’India, or in the UK, the Prickly Pear, the idea is to take some of the extract five hours before you go out boozing. Worth a shot, right!

View all articles by Louisa