So we keep banging on about spaghetti Squash nutrition but if you love pizza even though you know that the old adage ‘a minute on the lips, a lifetime on the hips’ should come on the label of every box, this recipe is for you! 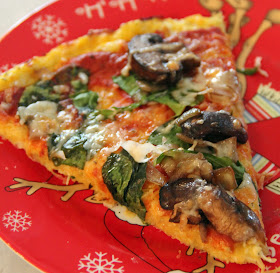 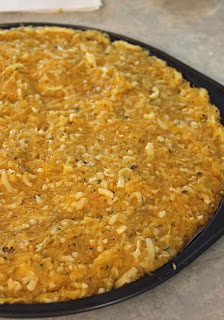 Bake at 400 for 12 – 15 minutes, until crust appears dry.
While the crust is baking – saute the mushrooms and onion in a fry pan until mushrooms are soft and onions are translucent. Remove from heat.
Remove pizza crust from oven. 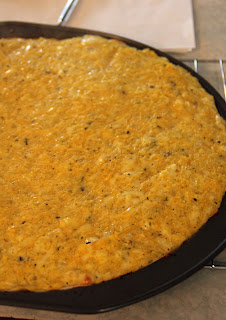 Spread the pizza sauce over the crust. Spread your onion and mushrooms and spinach over the sauce. Top with the Parmesan cheese. 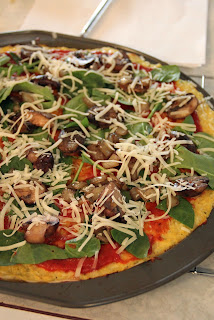 Return to 400 degree oven and bake another 10 – 15 minutes or so – until cheese is bubbly and edges of crust are browned. You can place under the broiler for a minute or two if you really want to brown things up. 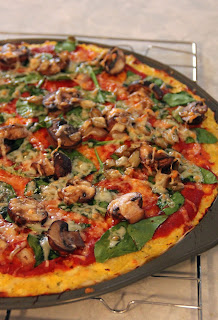 Let sit for about 5 minutes before cutting. You can use the parchment paper to slide it off the pan to make it easier to cut. (Just run a butter knife around the edge to loosen from the sides of the pan) 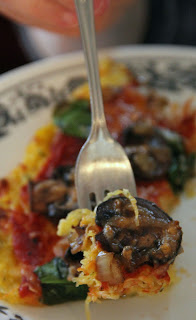 photo and recipe credits: Jo and Sue
Share This

View all articles by Louisa

Save this recipe on Yummly!